A Hungarian's story on a cruise

Every so often I have a conversation with someone that just literally blows my mind and makes me realise how grateful we all should be for small mercies. 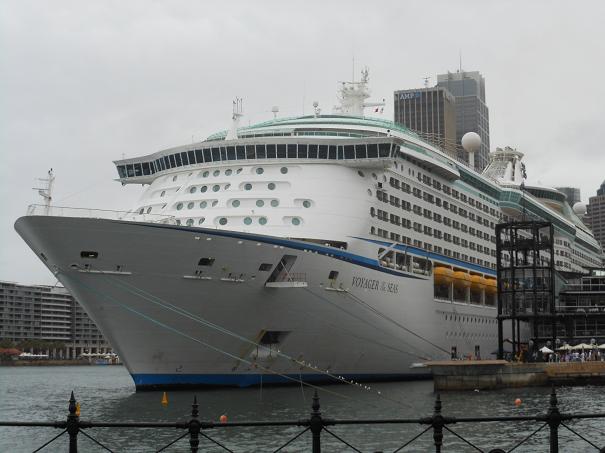 I am currently on board a cruise ship in Australian waters, where I am participating as a speaker in a genealogy conference being run by Adelaide based firm Unlock the Past (www.unlockthepastcruises.com). It’s the fourth day of a 10 day venture, and at breakfast in the main restaurant on the boat you are never seated by yourself, you are always allocated to a table with others from various walks of life. Thus I found myself seated beside a lady who had migrated to Australia 51 years ago from Hong Kong, and another who had made it to Oz from Hungary over 50 years ago.

The Hong Kong lady shared what may be a typical migration experience for many, a seventeen day trip by cargo boat on high seas, fascinating in its own right. However, the lady from Hungary was just extraordinary. She mentioned at one point how she had been in Budapest as a child during the Nazi occupation, and had witnessed all sorts of horrors. I asked her if she had also been in the country during the 1956 uprising against the Russians, to which she responded she had – “I was more under the table as a student than out there, but I did see it with my own eyes”. She talked about how her future husband and herself had managed to escape from the country, noting her last memory of her homeland as being the site of three Russian soldiers trying to warm themselves by a fire – “those poor boys” – a site that confirmed that her country was suffering yet another occupation.

This woman had made it to Australia with little English, but was soon able to gain a job as a lab technician. Some 15,000 Hungarians made it to Australia at this time to start a new life. She’s led a full and wonderful life in Oz since, but I asked her if she had ever returned home. She confirmed that she had just a few years back, at which point I asked if she still recognised the place. “Of course, it was still my home, though much has changed”. Her abiding memory was that under Nazism Hitler had allowed many buildings to be damaged or destroyed, whilst under the Russians there was no money to restore them. Now they were all shining restored examples of a former era before such occupations. When I further asked if she had been able to meet anyone from her former days in Hungary she explained that she had managed to track down an old student friend, and had renewed their friendship. With family though, the experience was a mixed one: “I have a cousin still there, but I think she always resented that we were able to get out, and so refused to meet up with me. I did meet her two daughters, however, and it was wonderful to finally realise I had family once again in Budapest.”

There were some painful memories, however. She attended a museum to the Holocaust on her own – a German friend from Australia did not wish to go, she had experienced many painful memories from her own time there and did not want to relive them. When the Hungarian lady duly went alone she noted in the corner of the room a small cabinet that contained a small amorphous lump of material that she could not make out. She asked the attendant what it was – “It turned out to be a series of leather headbands that Jews wore, which contained prayers, worn when praying at certain times of the day" (NB: I think these are called tefellin). "When the Nazis removed these leather bands before their owners were exterminated, they were all tossed into a pile – this was the pile. I started to cry. A museum attendant asked if I was OK, I could only say one word – no.” Her own regret about her trip back to Hungary was the attitude to the Jewish community residing there today – “My country is still the most anti-semitic in Europe, it is very sad”.

There was a light ending to our conversation (I should add our whole table was riveted to this lady’s recollections by now!). She asked where I was from, and I mentioned I was Irish but now lived in Scotland. She happily recalled visiting a friend of hers in Stirling many years ago. “The weather was glorious, but the following day we went to Glasgow, where the weather was just like Armageddon”. To much laughter I had to point out that for someone who had survived both the German and Russian occupations, and the 1956 uprising, to describe Scottish weather of all things as ‘Armageddon’ was extraordinary! This woman’s story is certainly one that I won’t be forgetting in a rush.