Save the Ardrossan ferry route

As an Ulsterman I regularly take the ferry back 'home' across the Irish Sea, although to do so I need to drive an hour and half south from Largs to Cairnryan. Not too long ago there was in fact a closer option to my North Ayrshire home, a ferry service from the town of Troon, just forty minutes away. Despite the fact that it sailed to my birth town of Larne in County Antrim, it was a route that I never used. The reason was simple - it was far too expensive. As a ferry port, Troon just didn't work economically, either for me as a customer or anyone else, and eventually the Northern Irish ferry service ceased to be. Today the port in Troon remains all dressed up, but with nowhere to go. 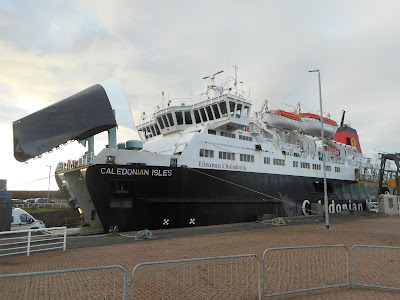 Troon has raised its head again, however, in its desire to become an active ferry port once more. ABP Ports, the owner of the town's port is bidding to take the ferry route from Ardrossan which currently serves Brodick on the Isle of Arran. It's an astonishing bid, one that has raised a lot of controversy locally with accusations that the company is trying to bribe the island's inhabitants through a community fund of £50,000 (see www.ardrossanherald.com/news/14841835.Save_Our_Ferry____50_000_promise_for_Arran_community_branded_a__pitiful_bribe_/). Whatever it might be trying to dish out from its corporate candy jar to sweeten its attempted take over, however, there are some key facts that just make the whole idea of Troon a useful port for Arran a complete non-starter.

The current sailing time from Brodick to Ardrossan is 55 minutes. The route to Troon would be one and a half times longer by way of distance and time, and almost certainly in the cost of each trip as a consequence. And if you have longer sailing times, you will therefore need to have fewer services each day. Then take for instance the fact that in Troon, the railway station is a mile away from the port. Is it realistic that in the busy summer season, when many folk are trying to visit the island that the ferry operators will have anything like enough buses to run a shuttle service to take folk across the town? By contrast, in Ardrossan there is a train stop at the harbour itself - should an islander need to travel to the mainland, perhaps to have a hospital appointment, it is a very straightforward onward journey from the port. As public transport solutions go, you could not ask for better. 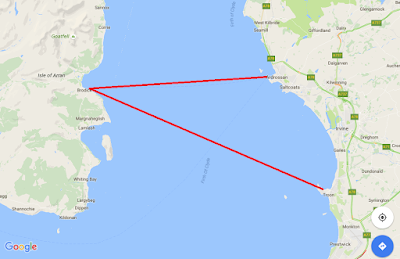 Don't get me wrong. Troon is a wonderful town - a place I have visited several times in the past with my kids, and also to give various talks to the local family history society. But Troon is not a convenient place to go to as a transport hub. It never worked for the Northern Ireland trade, it will work equally as ineffectually for the Arran trade. The Scottish Government's Transport Minister Humza Yousaf has announced that he will be considering the case for both Ardrossan and Troon, and that may well be the right and proper thing to do. But can anyone be in any doubt that once both options have been examined, that Ardrossan does not win the business case hands down?

Well, to help make the case, a Save Our Ferry campaign has been launched today in Ardrossan by North Ayrshire Council. Along with local councillors from across the political divide, local businesses, members of the local community, and our parliamentary representatives Kenneth Gibson MSP and Patricia Gibson MP, I attended a gathering at Ardrossan ferry terminal to show support to those in Arran who rely on the service, and to those in Ardrossan whose livelihoods depend on the retention of the service. 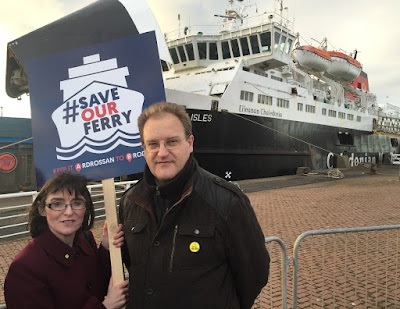 We are as surprised as anyone that we have to make the case to retain the service in Ardrossan, but despite it being such an obvious case, we are only too happy to restate it. Whilst in Ardrossan I took the opportunity to ask my local MSP Kenneth Gibson to summarise why he believes the ferry service should be retained:


An online petition is available at https://www.change.org/p/north-ayrshire-council-keep-the-brodick-to-ardrossan-route, which will be presented to both North Ayrshire Council and the Scottish Government. Please take the time to sign - let's save the Ardrossan ferry, let's Keep it A to B! 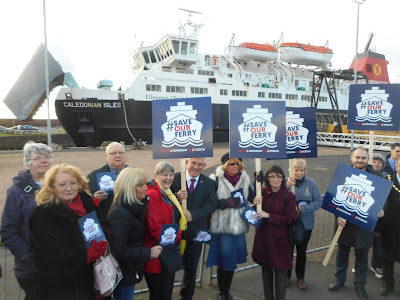 UPDATE 23 NOV: I was out last Saturday 19th November gathering signatures for the petition at both Saltcoats and Ardrossan, as part of the SNP. Whilst there I recorded my own take on the possible move, which you can view below: 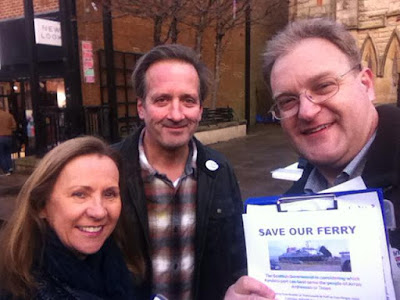 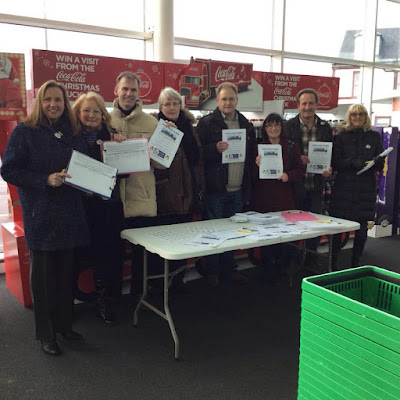 A new campaign site from North Ayrshire Council with another petition is at http://www.saveourferry.co.uk - please take time to sign this also. There is also a Save Our Ferry event at Ardrossan Civic Centre on Thurs 24th November at 7pm - further details at http://www.ardrossanherald.com/news/14909039.Council_to_hold_special_event_in_support_of_the__Save_Our_Ferry__campaign/