Scotland says No. For now...

This last two months has seen me do something that I have never done before - get involved with politics. Independence for Scotland is something that I have long believed in, and a few months ago I first popped into the Yes Largs shop to offer my help. However, it was not until the European elections and the recent rise of the right wing political party UKIP in England that I really decided that enough was enough. From that point on I became much more involved in the campaign, and in the last two months I have pounded the streets of Largs on many occasions to leaflet, post newspapers, and to work on Yes stalls for the idea that we should be able to govern ourselves as a sovereign nation.

Largs and its surrounding villages are very Conservative in nature, and we have a very elderly population here, not great factors for a movement in our area that wanted to push the potential that independence could bring. The No campaign targeted the +65 demographic so successfully with fear stories on their pensions that when the vote took place, some 73% of this age group voted No, by far the biggest group, with those aged 54-65, approaching pensionable age, being the next largest group at 57%. No doubt on top of this the old feelings of British identity were much stronger, something which contrasted sharply with 16-17 year olds, the devolution generation, for whom 71% voted Yes. With the exception of the student age range (18-24), which showed 52% in favour of No, the pattern was that the younger the age group, the more pro-Yes they were (Source: Lord Ashcroft Polls: http://lordashcroftpolls.com/2014/09/scotland-voted/).

On the referendum night the final vote came in, showing Yes at 45% and No at 55%. So on this occasion, we lost - but we certainly put the fear of God into Westminster. Despite this defeat, I am very proud that our work, along with the work of other groups in North Ayrshire, saw us deliver a 49% result for our area, despite the odds. The eventual resurgence in the No campaign has been attributed by many to a last minute pledge given by the three main Westminster parties just a couple of days before the day of the vote, which vowed that Scotland would receive more powers if a No result was given. A timetable was given by the former Prime Minister Gordon Brown that he said would begin yesterday to deliver on this. Not only has that promise already been broken (yesterday came and went without the first promise fulfilled on that timetable), the three Westminster parties themselves are now disagreeing about the way forward, with the Labour Party in London even trying to kick it into the long grass at the end of next year, after the next UK general election. They never learn. So, for the Yes campaign, my feeling is that the referendum result has simply bought the union a little more time, and is merely the end of this current act. Another referendum will come, perhaps as soon as within the next 5-10 years, when the circumstances and demographic of the population have again changed, and most importantly, amidst the political circumstances in what I suspect will be a failure of Westminster to deliver on its promises - though time will tell.

On a personal note, I have thoroughly enjoyed participating in the greatest democratic exercise this country has ever seen, so much so that I have now joined a political party for the first time. On the referendum day itself I worked at three poll stations as a polling agent for the Yes side, with much good humour on the day exchanged between myself and my opposite numbers on the Better Together (No campaign) side, and I also had the privilege to attend the subsequent count in Ardrossan for North Ayrshire. I've gained a lot of experience of the political process, and hope to contribute further in the years ahead. As of next week, I become a full-time family historian again - not that I stopped as one throughout, mind! I have kept a diary throughout the campaign for my kids, and have kept copies of some of the key documents and literature from both sides to show them in years to come.

In addition to the great folk of the Yes Largs shop with whom I worked, perhaps the biggest highlight of the last few weeks was last Wednesday, when I unexpectedly got a chance to meet our First Minister Alex Salmond in Largs, and grabbed a chance to get a selfie with him. Sadly he has now announced that he will be standing down soon, but the selfie shows a real joie-de-vivre that to me just summarises the optimism that we all had.

The Yes campaign will be back - after a short intermission - but Scotland will never be the same again. We tasted sovereignty for a few hours, and developed a liking for it. So stay tuned...! 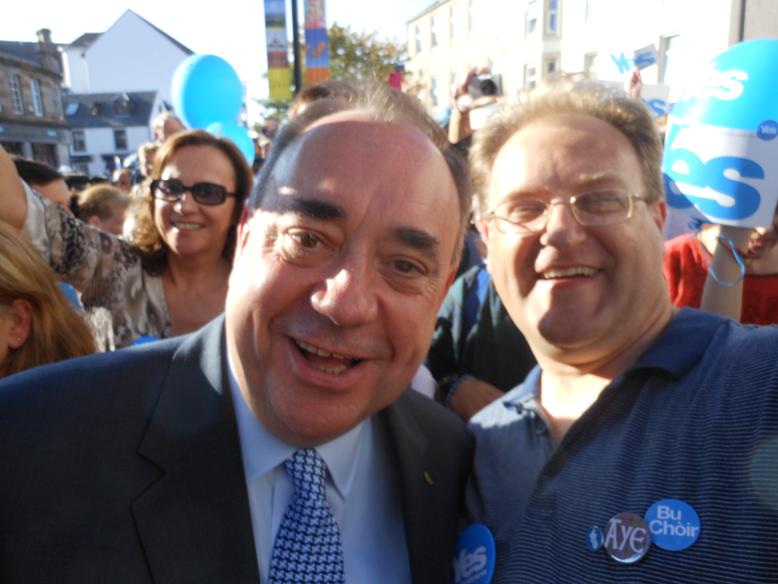 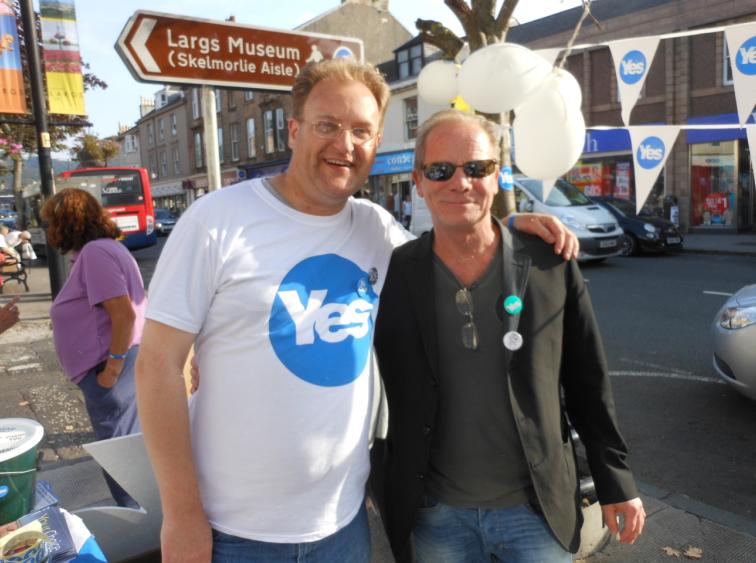 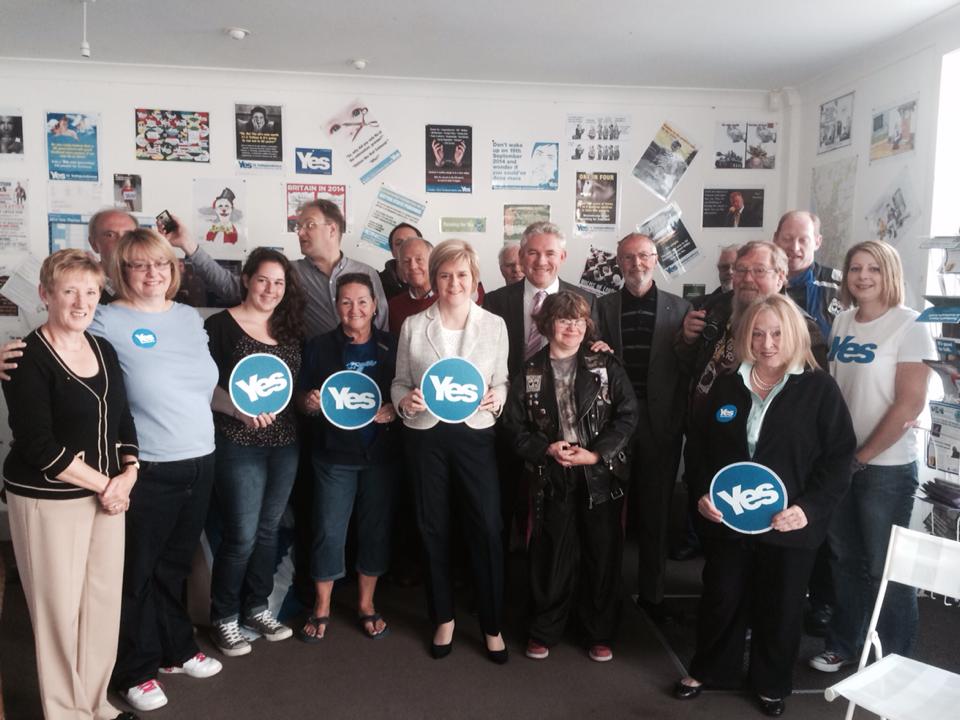 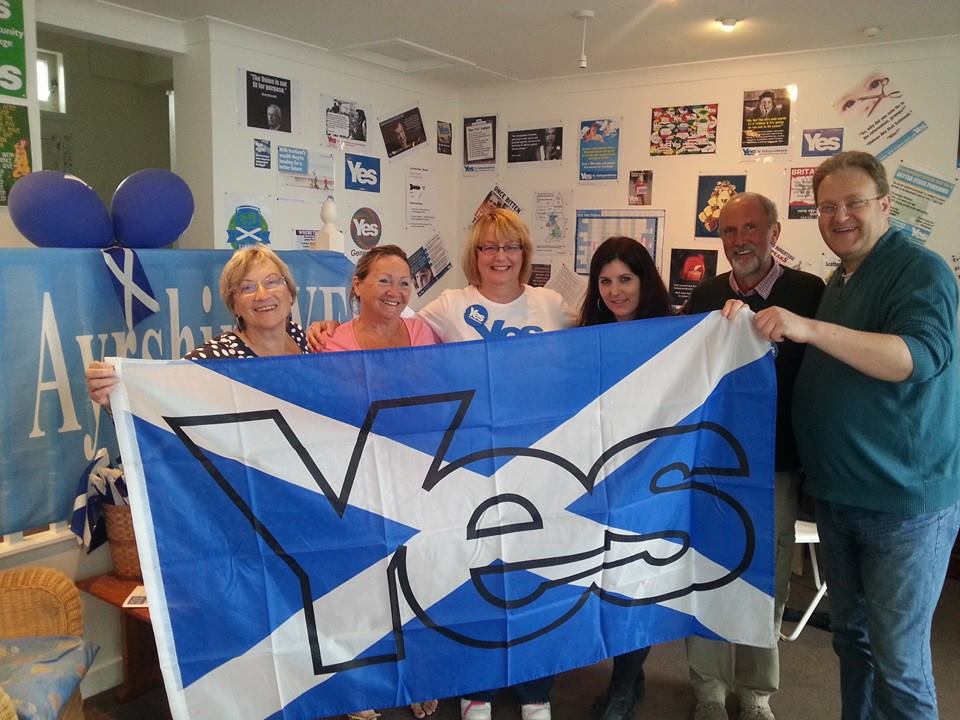 With fellow campaigners in the Yes Largs shop 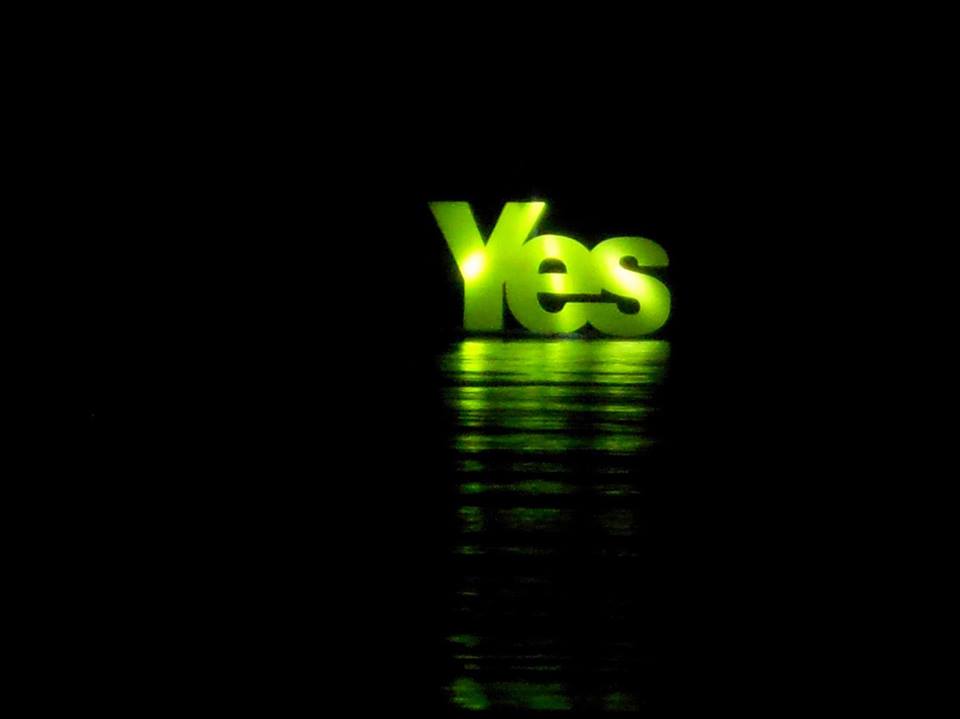