Whilst on a genealogy talks tour of Australia in August, I was able to take time out to visit the Parliament of the Commonwealth of Australia (www.aph.gov.au), located in the city of Canberra, within the Australian Capital Territory. Similar to Westminster, the federal parliament has a two chamber system, with a House of Representatives and a Senate, although neither was in session when I visited.

Whilst I was in Canberra the main political story happening at the time was a crisis concerning the rights of some elected members to be able to hold onto their seats, as incredibly several had been revealed to hold dual nationality, which is forbidden under the country's constitution - there's a summary of all those affected at http://www.abc.net.au/news/2017-08-19/who-is-who-dual-citizenship-scandal/8819510!

The exterior, and the main entrance lobby: 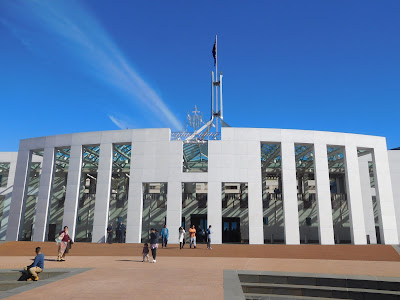 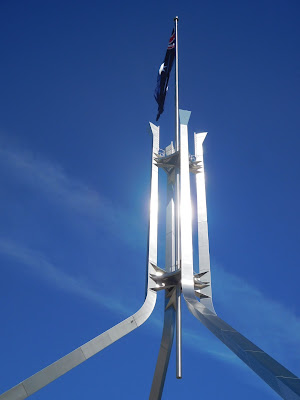 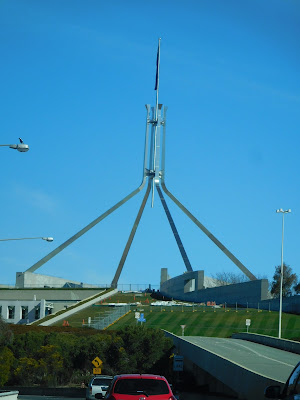 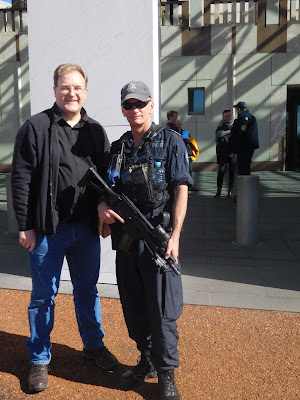 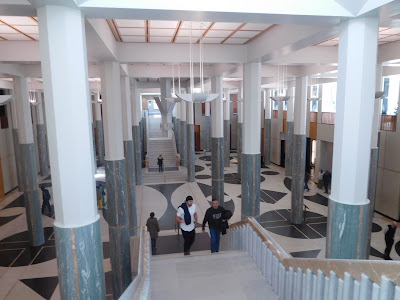 The House of Representatives chamber: 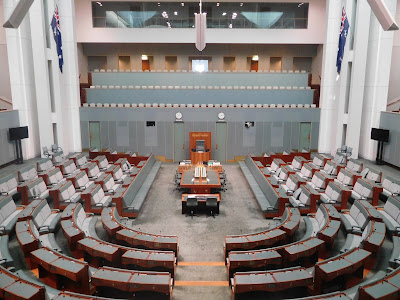 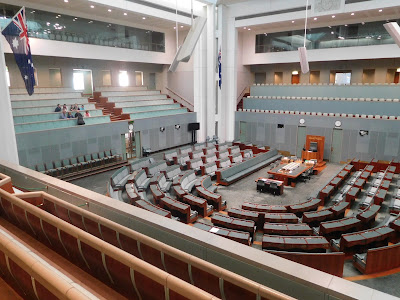 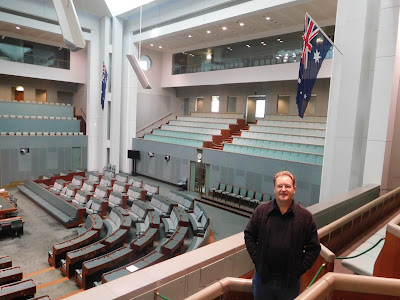 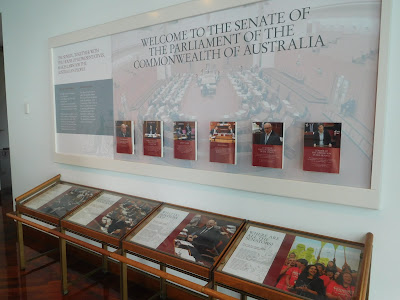 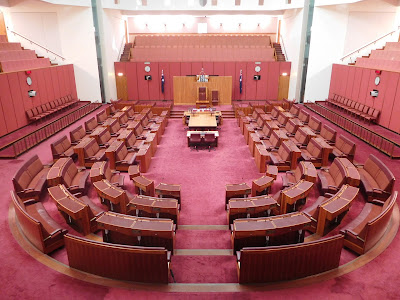 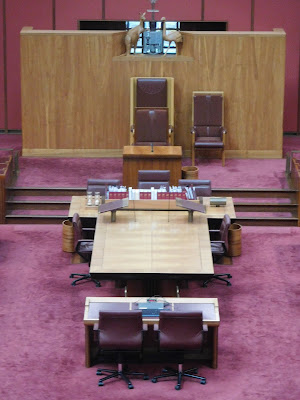 There was a museum display between the chambers, with several interesting documents, including a copy of England's Magna Carta, an Apology to Australia's Indignous Peoples, and an Apology to Forgotten Australians and Former Child Migrants: 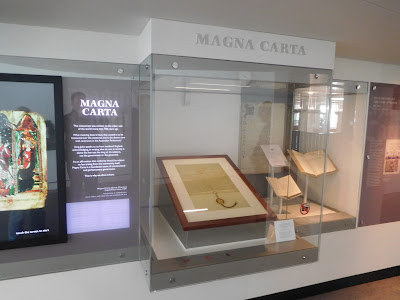 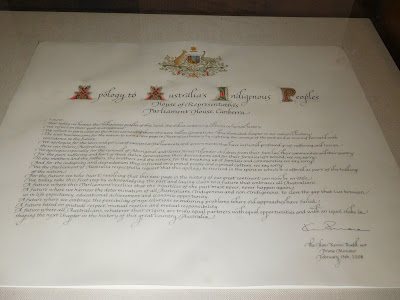 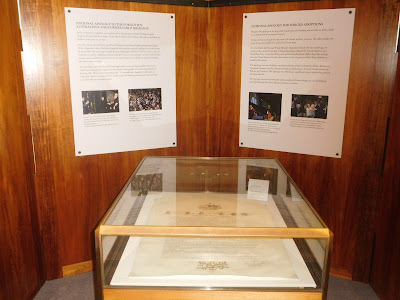 Just down the road from the current parliament is the site of Old Parliament House, which was the institution's original home for some 61 years, and which now hosts the Museum of Australian Democracy (https://www.moadoph.gov.au). Outside the museum is the Aboriginal Tent Embassy (https://en.wikipedia.org/wiki/Aboriginal_Tent_Embassy), founded in 1972 to originally protest about land rights for the Aboriginal and Torres Strait Islander peoples. Amusingly, upon approaching the camp, I was asked by one of the folk in the embassy where I was from. When I mentioned Scotland, he yelled out "Yes!", fully aware of our efforts to secure independence here, so I had to get a selfie! Some pictures from the embassy... 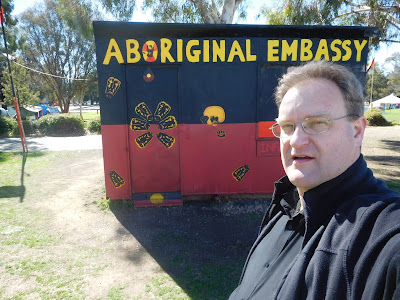 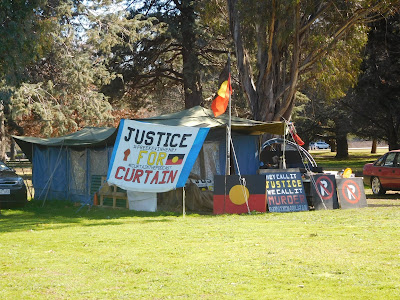 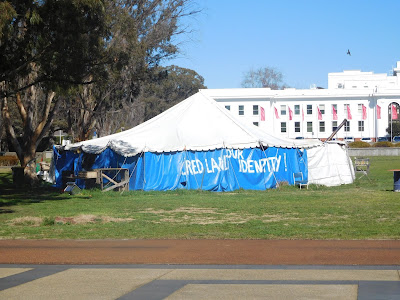 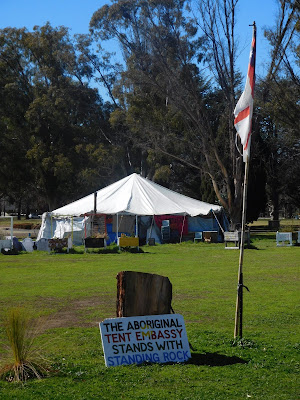 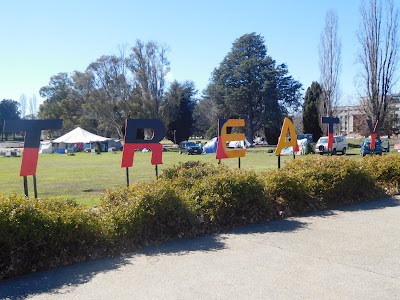 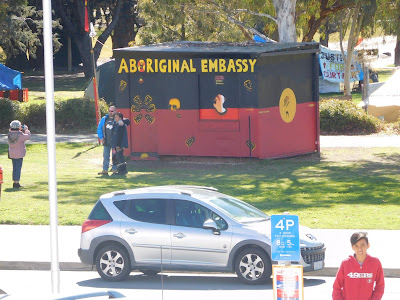 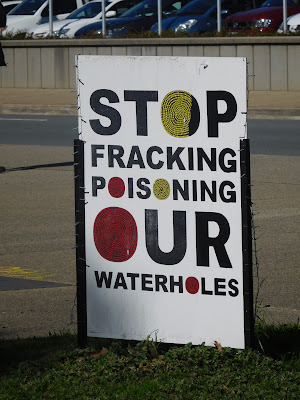 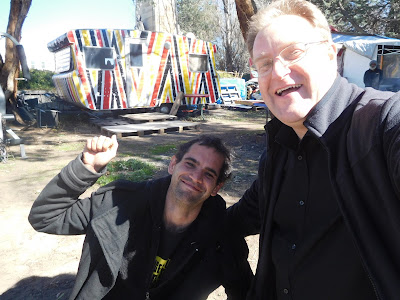